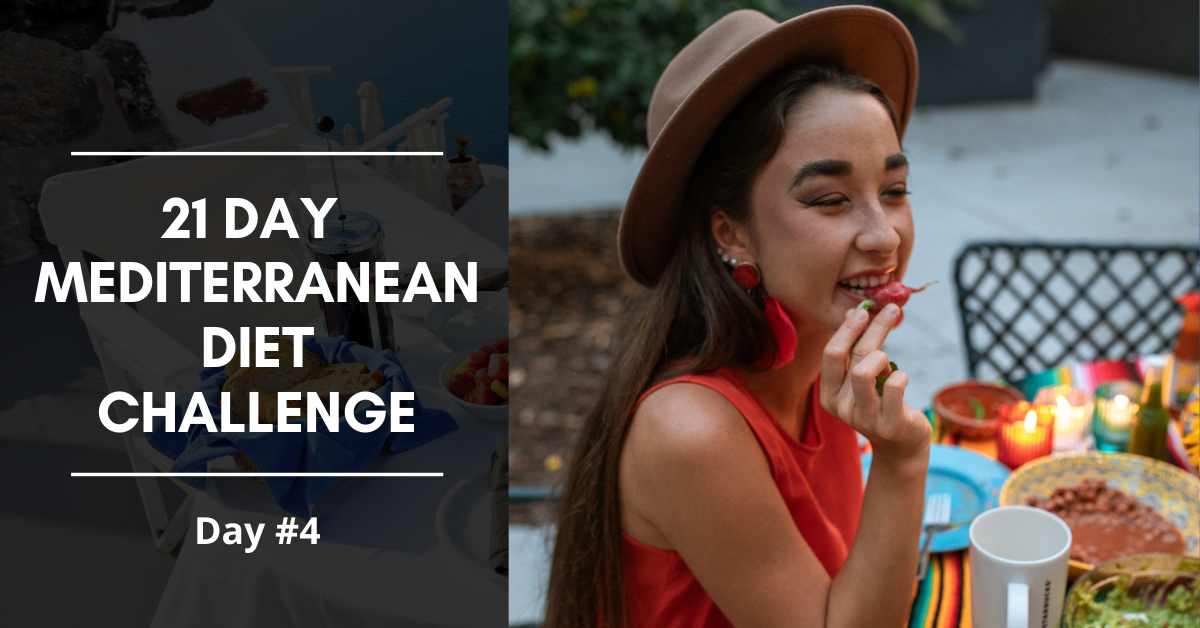 There are certain nutrients that are associated with better mood including omega-3 fatty acids, vitamin B12, zinc, and probiotics. We also know that processed foods and junk food is associated with negative moods.

Research shows that eating foods rich in these nutrients play an important role in your mood and how we react to stress. And I think we can all agree that we need all the tools we can get to keep our stress under control!

With that in mind, I consciously try and have foods that are rich in these nutrients. The great thing is that these foods are also good for your health anyway!

Foods That Promote a Good Mood

Today’s Challenge: Have a food that promotes a good mood every day.

Foods That Promote a Good Mood

Lentils are great source of zinc which appears to be involved in our response to stress. It has been found that individuals with depression have low levels of zinc in their blood. I eat lentils at least twice a week and they are a very popular bean in the Mediterranean kitchen even though they are a bit overlooked in the media. They are also easy to prepare as they don’t require soaking.

Of all the nuts, walnuts are right on top! Not only are they a great source protein and antioxidants, they are a source of plant-based omega-3 fatty acids. Omega-3 fatty acids appear to affect dopamine and serotonin, neurotransmitters that play a role in mood.

The best source of omega-3 fatty acids. Traditionally in the Mediterranean diet small fatty fish usually sardines and anchovies are consumed. Although you may think they consume it fresh, this is not always the case; in mountainous areas fish in the winter months was consumed mostly cured or marinated, as they did not have access to fresh fish and therefore consumed fish that was preserved in some way.

It is Ok to have salmon if that is what is available to you and sustainable.

The humble egg is such a nutritional powerhouse. The egg white provides protein, the egg yolk is a source of vitamin D and B12. Most people get less than the recommended amount of vitamin D which has been associated with prevention of depression. B12, is a vitamin that can affect mood as well as brain function.